Decision Making as a Leader: How to Guide Your Team to Success 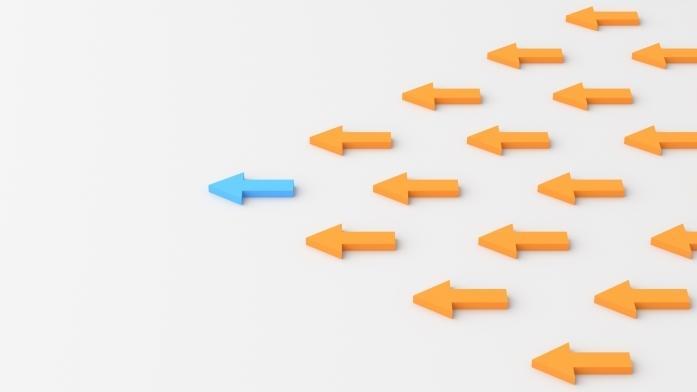 One of the most powerful strategies leaders can use to support their own effective decision-making is also one of the simplest: Build trusted members of your team, people who think differently than you do, into your decision-making process.

This is one of the critical steps in guiding your team and your organization to success. The bigger and more important the decision, the more vital it is that you listen to, and process, multipledissenting voices before you settle on a course of action.

I realize the principle under discussion here seems like a basic one. It might even seem to some to be “common sense.” Yet in practice, it proves surprisingly uncommon, and surprisingly easy for many leaders to ignore. The reality is this: Failing to consult meaningfully with qualified people who look at the issues from a different vantage point, and who are willing to disagree openly with the leader, is one of the most common leadership “blind spots” – and one of the most serious obstacles to rapid growth of any business.

We find that leaders who score high on the “Dominant” scale in the DISC behavioral model– results-driven “big-picture” people who love to win and can sometimes be impatient when it comes to processing intricate details and multiple perspectives – may be particularly likely to have this leadership problem. So can leaders who score high on the “Influencer” scale. Why? Their strong desire to be liked by others may mean that it takes them a little time to become comfortable with the idea of inviting people who express strong, principled opposition to their ideas into their inner-circle discussions.

A classic example of a catastrophic decision arising out of this common leadership blind spot would be the 1961 Bay of Pigs invasion. The newly-elected President of the United States, John F. Kennedy (a textbook “Influencer” on the DISC scale) received strong and repeated assurances from his advisors that the plan to covertly support a supposedly imminent anti-Communist rebel uprising in Cuba would succeed. He was also advised that his predecessor Eisenhower had all but authorized the plan – which wasn’t true. Kennedy liked what he heard. He didn’t seek out contrarian voices to counter the perspectives of the inner circle officials who were advising him … and he didn’t ask Eisenhower to confirm his support.  As a result, Kennedy didn’t learn about the plan’s many flaws. He heard only what he wanted to hear. He limited the number of people involved in a vitally important decision and failed to seek other opinions.

The “uprising” failed. When the poorly-planned invasion of Cuba collapsed, Kennedy had no option but to take personal responsibility for a bloody fiasco that had damaged American prestige, dramatically heightened tensions with the Russians, and (last but not least) made him look foolish on the global stage.

Why is this relevant? Because, having learned his lesson, Kennedy took a very different decision-making approach to the Cuban Missile Crisis of the following year, one that every leader should study closely.

Throughout that terrifying showdown with the Soviets, a high-stakes conflict that brought the world to the brink of nuclear war, Kennedy was careful to seek out advice from sources who were unlikelyto flatter him or play to his preconceptions about what was or wasn’t happening, or what ought to happen next.

His strategy discussions were purposely designed to elicit multiple, competingviewpoints. He wanted as many perspectives as possible: from the State Department, from the Military, from the intelligence agencies, from his own circle of advisors, from former presidents Truman and Eisenhower, and even from his bitter political opponents.

Kennedy’s approach was, in short, the exact opposite of the decision-making model he had used to launch the Bay of Pigs invasion. It sought disagreement and discussion over secrecy and unilateral authority.

And it worked. Because Kennedy listened to all the options, because he made a point of seeking out people who perceived the problem in front of him in ways that he could not, he was able to pursue a course with the Soviets that kept his options open … and he worked his way through to a peaceful resolution of the crisis.

Kennedy had to address the problem of forestalling nuclear annihilation. All youhave to do is address the problem of how best to grow your business. But it’s important to understand that the same basic principle applies to leaders in any field: The bigger the decision, the more voices need to be heard.The corollary is also true: The bigger the decision, the higher the chance of disaster if you choose to hear only the voices you want to hear.

It may be tempting to assume that you can or should make major decisions all on your own, or with limited input from dissenting voices. But that decision-making model does not benefit you, or your organization. Leaders who are serious about growing their business learn to identify and rectify this blind spot. Leaders who aren’t, don’t. It’s that simple.

Check out our online leadership course to learn more about leading an effective team and growing your business!

David Mattson is the CEO and President of Sandler Training, an international training and consulting organization headquartered in the North America. Since 1986, he has been a trainer and business consultant for management, sales, interpersonal communication, corporate team building and strategic planning throughout the United States and Europe.

David is the author of the Wall Street Journal bestsellers, The Sandler Rules: 49 Timeless Selling Principles and How to Apply Them and Sandler Success Principles: 11 Insights that will change the way you think and sell. He regularly authors articles for business publications and continues to be involved in the ongoing creation and development of new Sandler training products and programs.
Share this article: 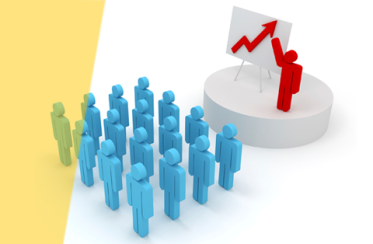